Make a Reservation to Paradise Now!

David grew up in Miami and spent many childhood summer days with his family on a motor sailor in the Abacos. He saw these islands in the ’50s before tourism. In 1990, he brought Patti to Hope Town for a vacation. It was love at first sight, and many vacations followed. In 2003, we bought our little seaside cottage on Lubbers Quarters, and in 2005, David jumped at an opportunity for early retirement. Now we spend winters, springs, and summers on the island. Eventually, we decided we didn’t have enough space for family and friends… and needed a guest house. David started his major retirement project of building a house. Considering the logistics of building on an out island, Patti began to think he had literally “gone bananas”.

The name for our guest house was born long before the house even had a foundation! Our children and grandchildren initiated it in the summer of 2010. Our youngest grandchildren call “Gone Bananas” the big yellow house and have been visiting annually since they were babies.

A few years ago we purchased the lot behind “Gone Bananas” and turned it into a haven with paths, shade trees,, and landscaping.

We’ve learned a lot about island living in the past few years and love it! Come share our little corner of paradise in the islands.

Book Your Trip to Paradise Now! 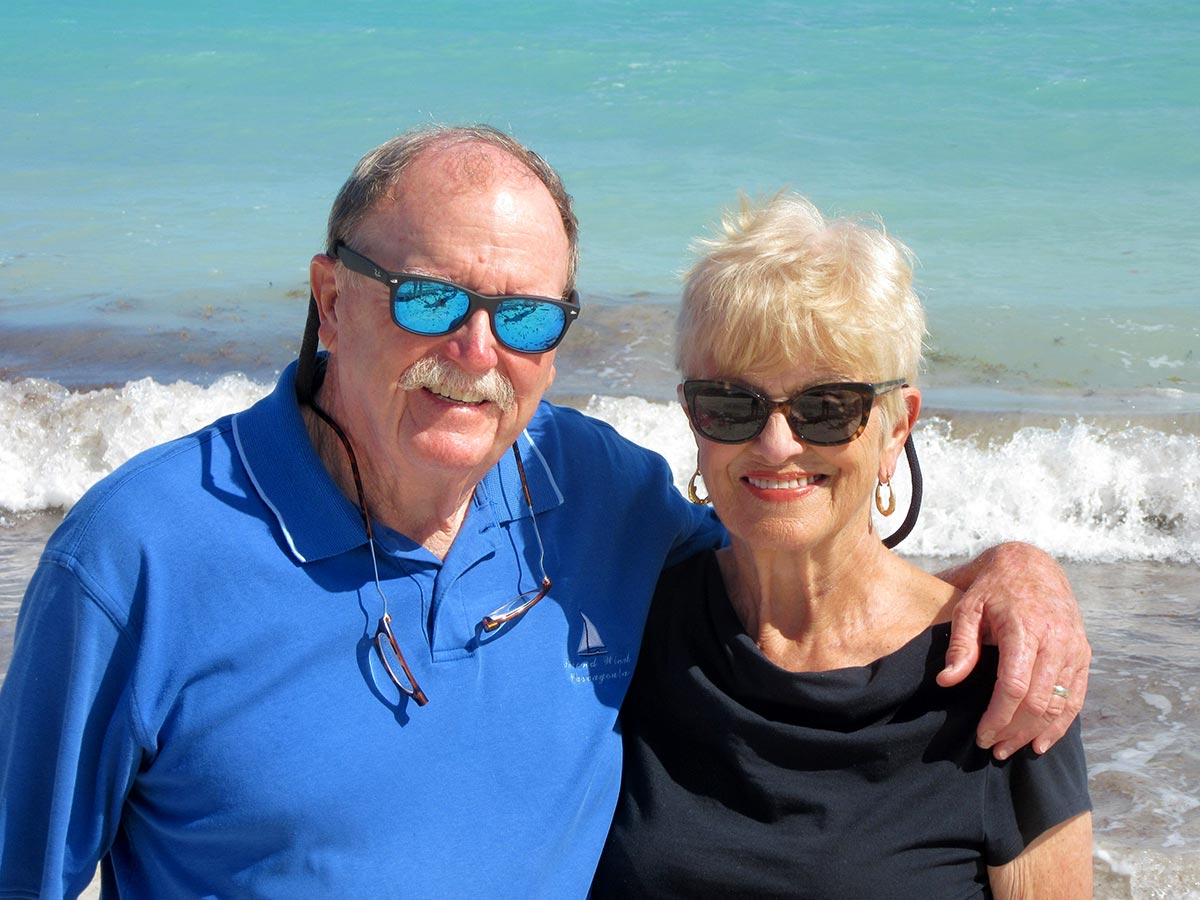